Lord of the Rings Locations

Below is a guide to these locations with instructions. 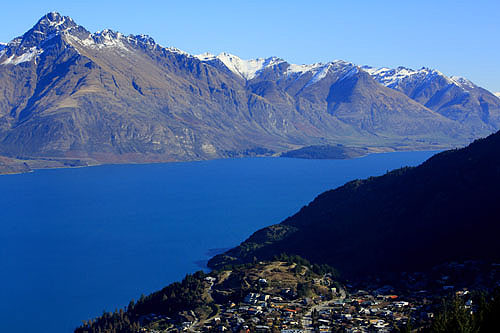 An inaccessible location close to Closeburn was the location for Amon Hen. Closeburn is 8km from Queenstown. The area where the filming took place was in a Pine forest on a peninsula located on the shore of Lake Wakatipu. 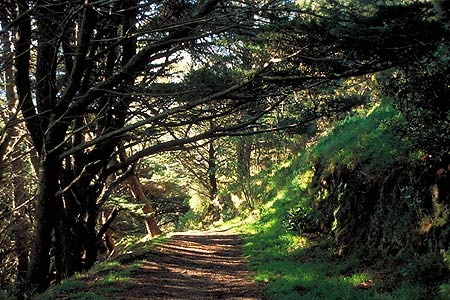 Fort Dorset in the Wellington suburb of Seatoun was the location for Bree. The exact location is an old army base on Burnham St. The army base has now been demolished and plots of land are now for sale. Another area was the Miramar Peninsula which is close by. Both areas are very close to the coast of the Wellington harbour. The nearby Chocolate Fish Cafe at Scorching Bay, is where the actors often had lunch and coffee. 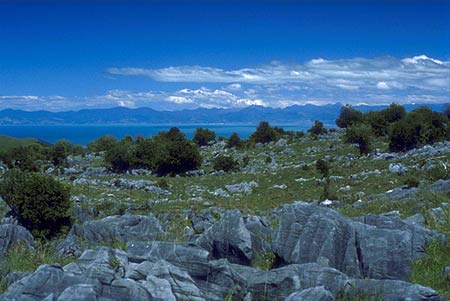 Takaka Hill is the location for Chetwood Forest. From Motueka, you head toward Kaiteriteri which is the gateway to the Abel Tasman National Park, but instead of entering the park, you climb up the 972 metre summit of Takaka Hill. You can also access Takaka Hill by road when heading toward the Totoranui end of Abel Tasman National Park. Takaka hill is the only place in the world except for Italy where you can find rocky marble outcrops. 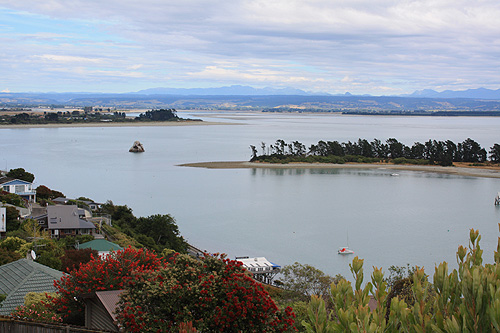 Mount Owen at the southern end of the Kahurangi National Park was the setting for Drimdale. This mountain is located near Nelson, which is a big artsy town home to many of the crafts people who created the film props. Close to Nelson is New Zealand's most popular National Park named the Abel Tasman. The park has a 31-mile trail that cuts through coastal forests and some of the most scenic beaches in New Zealand. 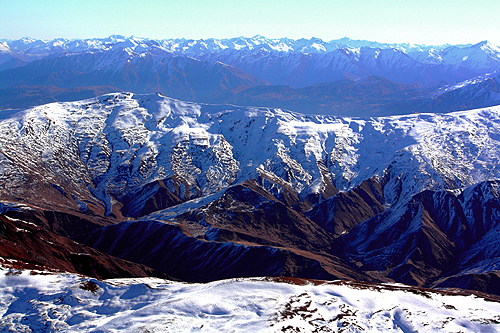 Mt Sunday was the location for Edoras and Meduseld. There is no access to Mt Sunday, but nearby Mt Potts, a high country station provides views. Mt Potts offers accommodation and has a restaurant and you can see Mt Sunday near the entrance. Mt Sunday is a rocky outcrop on the Canterbury Plains next to the Southern Alps located in the Rangitata River valley in Ashburton district, around 2.5 hours drive inland from Christchurch. The Canterbury Plains is the largest plain in New Zealand and the Southern Alps is the biggest mountain chain in Australasia. These mountains are bigger in area than the European Alps. 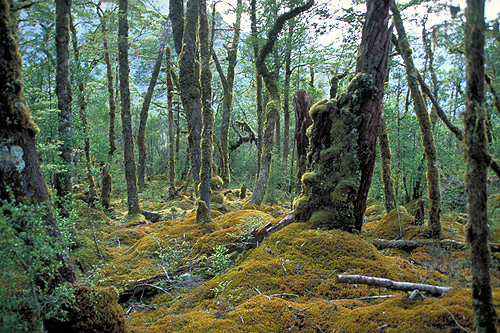 The Mavora Lakes was the location for Fangorn Forest and Nen Hithoel. The lakes are situated off the Te Anau Highway pass Mossburn or you can take an unpaved road near Te Anau which takes about 45 minutes by car. Just before the turn off to Mavora Lakes, you will see the Fangorn Forest to your left. The township of Te Anau is the gateway to to the spectacular Fiordland National Park. 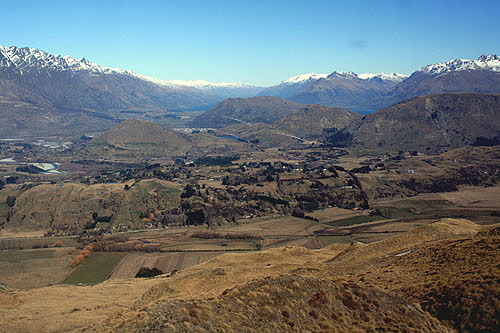 The Ford of Bruinen is located in Arrowtown which is twenty minutes from Queenstown. The Ford is a stone throw from the centre of Arrowtown. From the main street you just need to walk to the nearby river bank and walk up stream for about 200 meters. The scene where the river was flooded was filmed in a different location, namely the Shotover River at Skippers Canyon. 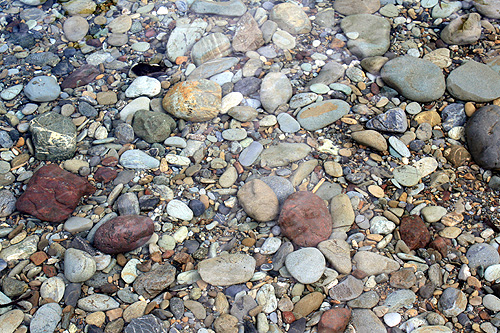 Pelorus River in Marlborough was used as Forest River. The water here is so clear it is almost invisible when looking straight down at the rocky river bed. Located next to the main road between Picton and Nelson, means it is easy to get here by car. A reserve with a good sized carpark near the river makes for a popular stop where you can enjoy a meal at the local restaurant; stay at the camp site; try some fly fishing; or explore the river and forest via some walks. 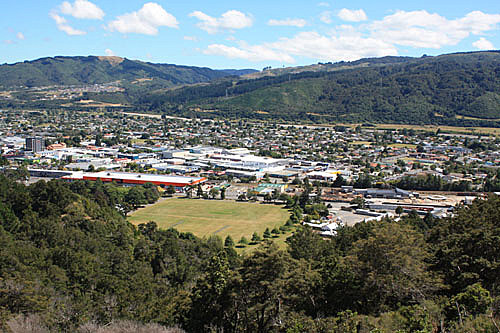 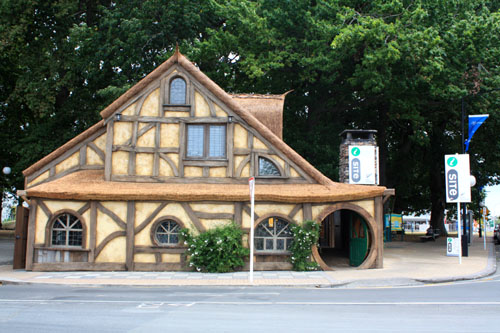 The town of Matamata in the Waikato was the setting for Hobbiton. This area of New Zealand is one of the richest agricultural and pastoral areas in the world and is characterized as a large fertile basin through which the Waikato river (the longest in New Zealand) flows. Most travelers comment on how green the grass is and this provided the ideal background for Hobbiton.

Isengard Gardens and the Orc Tree 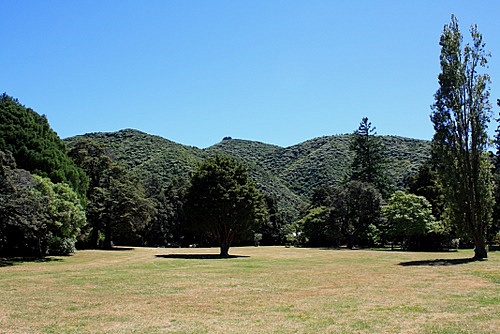 Harcourt Park on the Akatarawa Road in Upper Hutt about 20 minutes from Wellington City was the location for Isengard Gardens and the Orc Tree. The Akatarawa Road cuts through the Rimutaka Mountains here and provides access between the Hutt Valley and the Kapiti Coast. A scenic drive through here takes you pass densely forest hills with coastal views at the Kapiti end. 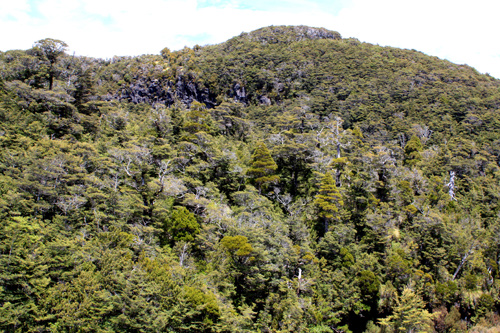 Ohakune was the location for Ithilien Camp. Ohakune a centre for skiing in the North Island is located on the edge of the Tongaririo National Park and close to Mt Ruapehu, the highest peak in the North Island. The exact location for Ithilien Camp is a short drive from Ohakune toward the Turoe Ski Field also known as the Ohakune Mountain Road Scenic Drive. Keep going till you pass the Mangawhero Falls and you will see some nearby native bush where some of the filming took place. Mangawhero Falls itself is where Gollum catches fish. The falls are within a 10 minute walk from Mangawhero Falls car park.

Lothlorien and the Gladden Fields 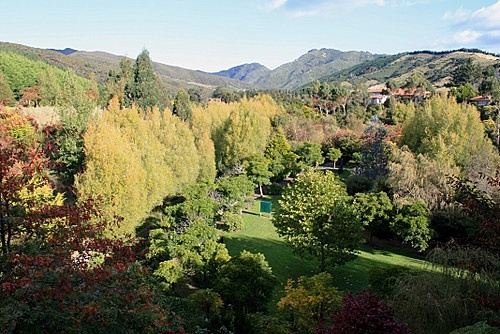 Fernside was the location for Lothlorien and the Gladden Fields. Fernside is a Country House that offers accommodation and cannot be accessed unless you stay as a guest. Fernside is located on State Highway 2 just three kilometer's north of Featherston. The main road gate is marked with large sign on the north side of the highway (left driving towards Masterton from Featherston). Fernside is a little under an hour from Wellington by road via the scenic Rimutaka Rd. Queenstown's Lake Wakatipu was also used as the location for some scenes. 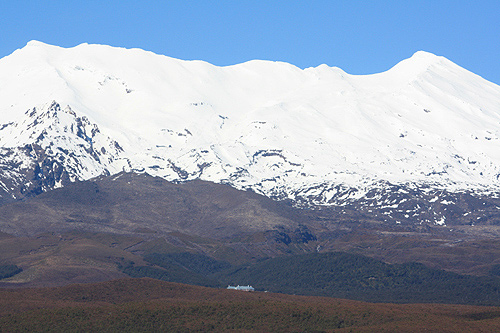 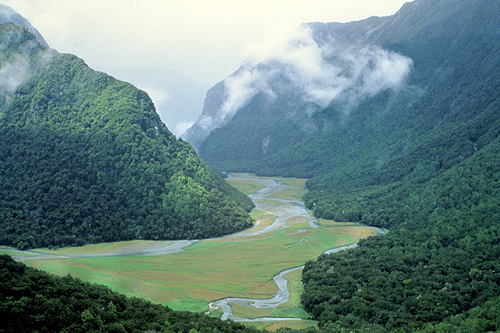 The mountains behind Glenorchy, a village at the northern end of Lake Wakatipu near Queenstown was the location for the Misty Mountains. Glenorchy is very close to Queenstown and is the gateway to the spectacular Mt Aspiring National Park and the start of the famous Routeburn track. 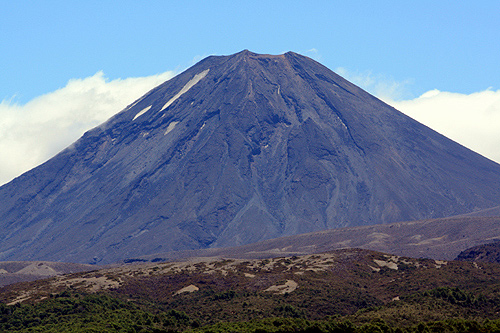 Mount Ngauruhoe served as the menacing Mount Doom. Situated in Tongariro National Park, it is one of three main volcanoes that rise above a landscape of lava flows and scoria. The region draws skiers in winter and offers luxury accomodation.

Pillars of the Kings 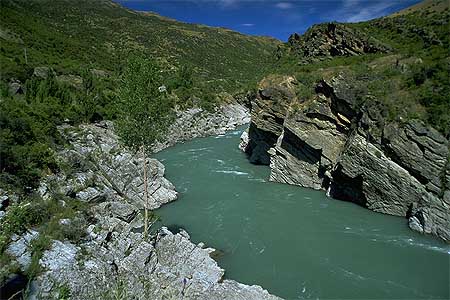 Kawarau River was the location for the Pillars of the Kings. To get there you can start at the oldest Bungy Jump site in the world, namely AJ Hackett and look for the entrance road to Chard Farm Vineyard. You can see the view from there, although you will not be able to see the pillars themselves as they were computer generated. 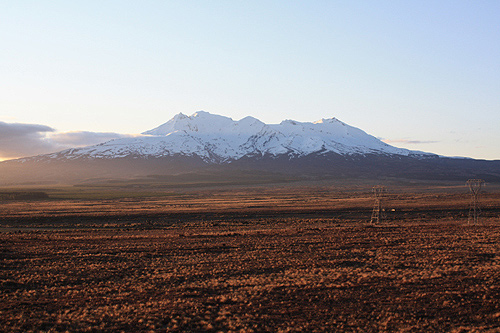 Like Mordor, Tongariro National Park was the location for the Plains of Gorgoroth. The plains themselves are vast and can be seen from either the National Park side of the park or the Desert Road. One of the best ways to explore this park is to walk the Tongariro Crossing, which has been classed in the world's top 10 one day walks by National Geographic.

Rivendell and the Fords of Isen 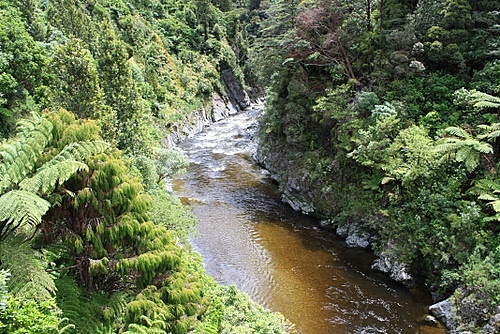 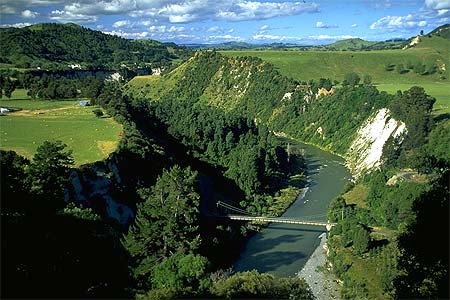 Four rivers were used to depict the River Anduin. The Rangitikei River was the main location and can be accessed just south of Taihape and turn left at Ohutu. You will see a Bungee Jump and from the nearby car park you need to walk across a one way bridge which will open up a spectacular view of the river. The Moawhango River was also used and you can see this river as it runs into the Rangitikei nearby. Another river that was used was the Hutt River which flows from the Tararua Ranges north of Upper Hutt and through to the Wellington Harbour from Petone. In the South Island the Waiau River which flows from Lake Te Anau was also used. 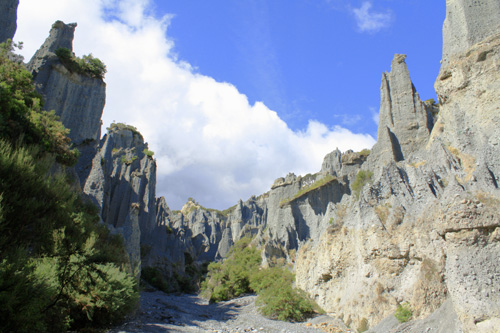 The Dimholt Road was filmed in the Putangirua Pinnacles reserve in the Wairarapa region. Located near the southern coastline, a coastal road about one hours drive south of Martinborough or two hours from Wellington, takes you to the beginning of a walk. You can choose to walk up the side of the valley to get an all encompassing view or along the valley floor among hundreds of stone pillars otherwise known as pinnacles or hoodoos. This is one of New Zealand's best examples of badlands erosion.

The surrounding area around Poolburn Reservoir on the Rough Ridge Range in the Ida Valley was the location for Rohan. Located 40 minutes from Alexandra, head toward Omakau and turn toward Ophir then drive up and over the Raggedy Range toward Poolburn. From here you will need a 4WD to reach eerie rock formations around Poolburn Reservoir. However the owners of the land can take you there from Rohan and they also offer accommodation

Mararoa River, South Mavora close to the village of Mossburn near Te Anau was the location for Silverlode River. Mararoa River is a picturesque river abounding with Rainbow and Brown trout.

Waitarere Forest near Foxton in the Wellington region was the location for Trollshaw Forest and Osgiliath Wood. Head toward the Kapiti Coast from Wellington and turn to Waitarere Beach just after Poroutawhao.

Elijah Wood who played Frodo said, "New Zealand is Middle Earth. It has every geological formation and geographical landscape you can imagine, and some you can't."

Sean Astin who played Sam the hobbit said "I recall sitting in Queenstown against the mountain range aptly titled the Remarkables and feeling I was actually living the books. It was like Tolkien had walked across New Zealand."

Billy Boyd who played Pippin the hobbit said,he was changed by New Zealand and gave this quote: "The way the people seem to understand the land better; they enjoy it without destroying it".